WELLBEING  /  Recharge  /  The salty secret to better health and skin The salty secret to better health and skin

Our grandparents may have been on to something when they said sea air was good for our lungs.

For busy school teacher Tania Robins, salt therapy is as much about mindfulness and taking time out as it is about treating her skin and respiratory issues.

“I’ve recently been through a divorce and I deal daily with wonderful but very challenging kids from all sorts of backgrounds,” says Tania, of Melbourne.

“When I walk into Salts of the Earth it’s 45 minutes that’s all about me. There’s something about it forces you to stop – I call it visiting the salt fairies.

“I suffer from asthma, hayfever, sinusitis and psoriasis and the salt gives me incredible relief from all of those things. I’d go every day if I could!”

Mum-of-two Tanya Francis says she decided to try salt therapy after her son started daycare “and started bringing home every illness going around”.

“We had an integrative GP who suggested salt therapy and we’ve been going ever since,” Tanya says.

“I noticed a difference straight away; salt therapy really broke down the mucus whenever Archer was sick and also helped my daughter, Caydence, with her eczema.”

Tania and Tanya are among a growing number of people flocking to “salt caves” opening up across Australia.

Without even thinking about it, most of us already engage in wet salt therapy – gargling salt water for sore throats, using nasal saline sprays and rubbing salt scrubs on our skin.

But does halotherapy – the practice of breathing in tiny particles of salt dispersed into the air to help respiratory and skin problems – live up to the hype?

The purported benefits of breathing in salt-infused air

Dry salt therapy, also known as halotherapy, usually involves relaxing in a spa-like “salt room” while breathing in tiny negatively ionised salt particles infused into the air, according to the World Halotherapy Association.

“It’s an all-natural, drug-free solution that clears mucus, kills bacteria and viruses and reduces inflammation throughout the whole respiratory system,” says Kat Kupsch, owner of The Salt Room in Perth.

“Think of all the As – salt has natural antihistamine, antiviral, anti-inflammatory, antibacterial, antimicrobial and anti-fungal properties, which detoxify the body, strengthen the immune system and help relieve symptoms for a range of conditions.

“It’s also great for skin issues such as psoriasis, acne, eczema and dry and flaky skin.”

Marie Vastani, who owns Salts of the Earth in Hampton with husband Mohseen, says she originally sought out halotherapy for her own daughter’s allergies – and was so impressed with the results she bought the business.

Hers is one of a growing number of salt rooms springing up across the country as a natural alternative for people suffering from a variety of respiratory and skin conditions.

“I was a real sceptic but Maya had every allergy under the sun and the salt really worked to clear up her skin and her breathing,” Marie says. “Now I see that every day with our clients.”

What the science says about salt rooms

Another study published in the Journal of Aerosol Medicine, which looked at the effects of salt therapy on patients with various respiratory illnesses, found most participants’ symptoms improved after 10 to 20 one-hour treatments.

In 2017, researchers from Israel found halotherapy seemed to help asthmatic children between the ages of five and 13, although the scientists noted more long-term studies would be useful.

But the jury is still out, with Lung Foundation Australia warning there are concerns the warm, moist environment in salt rooms may provide opportunity for the growth of various risky bacteria.
“In addition, salt can irritate the airways. Respiratory specialists sometimes use inhalation of concentrated saline (salt) solutions as part of a lung function test, to trigger asthma attacks in patients suspected of having asthma,” says chief executive Mark Brooke.
“Without this professional supervision, exposure to salt-enriched air could be potentially dangerous for those with a respiratory condition.”

A feeling of wellbeing

Kat, though, says she sees every day how salt therapy helps optimise wellbeing in her clients.

“There’s such a feeling of calm and wellness that comes afterwards – I see it in nearly everyone we treat from the very young to the very old,” she says.

Written by Liz McGrath. Updated May 2021. 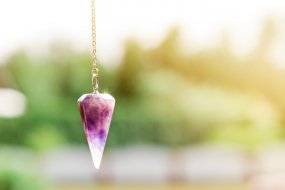 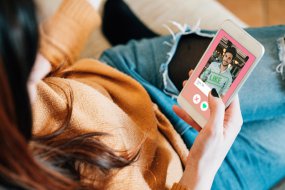 Are dating apps turning us into commitment-phobes?