How I learned to love the skin I’m in

Sex therapist Isiah McKimmie spent her youth feeling self-conscious about her patchy skin. Then she discovered the power of tantra.

During her childhood and teenage years, Isiah McKimmie, 34, felt self-conscious and unattractive after developing vitiligo – a skin condition that leaves areas of her body without pigment and with visible white patches.

She tells Sarah Marinos how she learnt to think differently about her body.

“If you look at pictures of me, you wouldn’t know I have vitiligo. But I have big white patches over my arms, legs, stomach and back.

Vitiligo is genetic – Dad has it but to a much lesser degree. It’s an autoimmune condition where the body stops producing pigment, leaving patches of skin white.

It first appeared when I was three.

My parents tried various treatments and that’s when I became more aware of my skin.

In summer my skin tanned but the patches remained white. I became quite self-conscious and didn’t want to wear shorts and skirts.

As a teenager I wore stockings to try to cover my legs. I even fake tanned the white parts – a disaster!

People weren’t unkind, but they stared, which made me feel uncomfortable. I was shy and didn’t have much confidence. I felt that I could never be attractive.

Tantra gave me a new appreciation of my body. I’d never been confident in my body before.

After graduating from high school, I travelled around Europe. I then began an environment degree – environmental policy was going to be my career … until I went to a music festival and tried a tantra yoga workshop.

I didn’t really know what it was, but it intrigued me and became a big part of my life.

Tantra gave me a new appreciation of my body. I’d never been confident in my body before. I’d had partners but when you don’t feel comfortable with your body, it’s hard to let go and sex had never been a comfortable experience. When I started practising tantra, people began seeing me differently.

When we have confident energy, that’s sexy! That confidence shines brighter than actual physical appearance.

Tantra helped me feel more confident within myself and, as a result, I attracted healthier relationships.

I thought tantra would be a hobby until a psychologist asked me to work with some male clients experiencing sexual dysfunction.

Teaching them tantra techniques showed me how it could impact people’s lives. Since then I’ve studied tantra in the US and I’ve become a couples therapist, sexologist and sex therapist.

I do tantra every morning for half an hour.

It’s showed me how to love my body and that it’s not how you look but how you feel about yourself that matters most. You don’t have to change your body – just change the way you see yourself.”

Want to know more about body confidence and self-esteem? Check out why Dr Nikki Goldstein went makeup-free on TV and how two friends are using Instagram to educate their followers on the misconception of body image online. 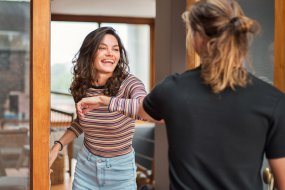 Iso-romance: How to make the most of digital dates 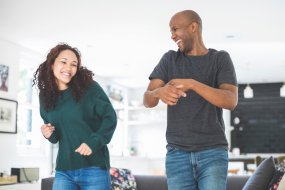 Which indoor activities burn the most calories? 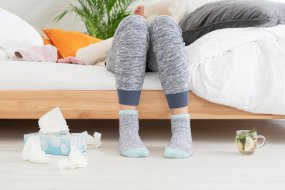 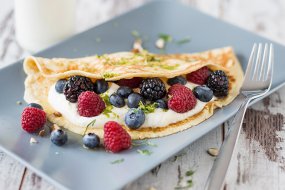