WELLBEING  /  Mental Wellness  /  “I wanted to end it all”: TV producer and star says supporting Liptember more important than ever “I wanted to end it all”: TV producer and star says supporting Liptember more important than ever

Fearless TV and social media star Emmylou MacCarthy knows only too well the all-encompassing despair of depression and mental illness.

The outspoken host and executive producer of Dot Com Social might have a laugh that lasts for days, but in 2004 she hit rock bottom after the tragic death of a friend in a skydiving accident near Melbourne.

“We were celebrating her 200th jump, it was meant to be such a happy event,” she recalls of the day her friend’s parachute failed to open.

“We were a tight knit group who lived for skydiving – we spent every single weekend at the drop zone. No-one could believe what happened.”

Emmylou, then a young beauty therapist who’d moved to Victoria from Western Australia to follow her skydiving passion, says the days after the accident became “a blur of empty nothingness”. The depths of despair

“I tried to push down what I was feeling but it was terrible. I was scared, I couldn’t skydive anymore, I couldn’t work out what I was going to do and I didn’t know where to turn,” she says.

A few months later Emmylou was rescued by a chance passer-by after hitting rock bottom and locking herself in her car.

“It was absolute chance that I was found – a tradesman who’d done some work on the house happened to go past and jumped up to look over the fence to check his work,” she says.

Help was called and Emmylou entered a six-month period of healing.

“It was a long road to recovery but I eventually realised I wasn’t alone,” she says. “A lot of people I spoke to after that time said they’d also suffered those dark days.”

As an ambassador for Liptember and influencer behind the Instagram handle #emmylou_loves, Emmylou, who is now mum to three young children, says she’s passionate about encouraging all woman to have ‘courage’ when facing those moments of despair.

“Anxiety and being scared is exhausting,” she says. “I tell my followers, don’t be scared of that beast, we can get some resources on that and that’s where Liptember comes in.

“I love a bright lippy, who doesn’t? Since 2010, this campaign has been raising money for women’s mental health. That’s mothers, daughters, neighbours, friends – we all know someone.

“Last year, more than $1.2 million was raised which went to research and awesome support programs like The Centre for Women’s Mental Health, Lifeline Australia and RUOK?” “I know first-hand how hard it can be when searching for that circuit breaker and support through what can be your bleakest days,” she says. “Come and join me in raising funds, starting conversations and discovering the joy of wearing a bold lip!”

How to get involved

With a week left in September, there’s still plenty of time left to get involved.

Simply purchase a Liptember lipstick from any Chemist Warehouse, My Chemist or My Beauty Spot store and register online here. 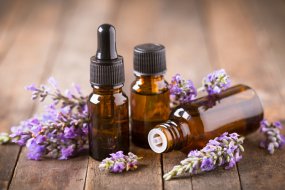 The best essential oils to get you sleeping soundly 5 tips for living with the uncertainty of the COVID era How to ask for the pay rise you deserve Which natural aphrodisiacs really get you in the mood? 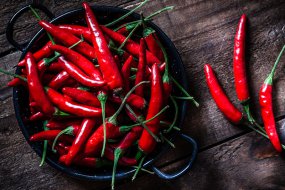 5 hot reasons to get more chilli in your life