LIFESTYLE  /  Parenting  /  Can hypnobirthing help ease the pain of childbirth? Can hypnobirthing help ease the pain of childbirth?

Designed to take the fear and anxiety out of childbirth, hypnobirthing has some high-profile supporters. So what is it all about?

The Duchess of Cambridge has made no secret of the challenges she’s faced during pregnancy thanks to severe morning sickness.

She revealed that she used hypnobirthing techniques like mindfulness and meditation to tackle the problem.

“I saw the power of it really, the meditation and the deep breathing and things like that, that they teach you in hypnobirthing, when I was really sick, and actually I realised that this was something I could take control of, I suppose, during labour. It was hugely powerful,” the Duchess told the Happy Mum, Happy Baby podcast.

Hypnobirthing focuses on the mind and body connection, and can include visualisation, meditation, relaxation and breathing techniques.

The idea is that by feeling more in control during birth, the body won’t be flooded with stress hormones that can make childbirth longer, harder and more likely to need medical intervention.

“It can be used for all types of birth including Caesarean. It is not about natural or nothing, but having a positive birth experience,” says Melissa Spilsted, director of Hypnobirthing Australia.

The science behind hypnobirthing

A study from Western Sydney University found epidural rates dropped by 68 per cent, Caesarean rates fell by almost a third and second stages of labour were shorter among women who used elements of hypnobirthing such as acupressure, massage, relaxation and breathing techniques.

“By the 1990s, the focus of childbirth education classes shifted from natural childbirth preparation to hospital birth preparation, with a focus on medical interventions such as pharmacological pain relief, induction of labour and Caesarean sections,” said study co-author Professor Hannah Dahlen, of the School of Nursing and Midwifery.

“In contrast, our study has found that evidence-based complementary medicine techniques for pain relief can significantly reduce medical intervention rates and meaningfully reduce the fear around childbirth.”

What to expect from hypnobirthing

Hypnobirthing programs educate parents-to-be about the birthing process and how the mind and body work together during birth, says Melissa.

“Women use tools to help them remain calm during the intensity of childbirth, such as visualisation and diaphragmatic breathing that triggers the parasympathetic nervous system and helps release hormones,” she explains.

“Massage and acupressure points also trick the body to release endorphins instead of stress hormones.” 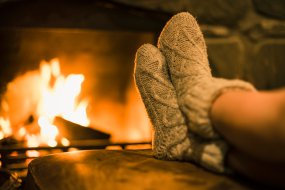 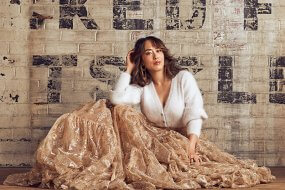 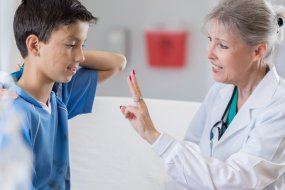