Soy: Is it good for you?

Confused about whether you should be avoiding soy or eating more of it? We ask the experts.

Here’s the lowdown on what type of soy is in our foods and its impact on our health.

A packet of tofu and a block of chocolate can both contain soy, but in very different forms.

“There are large differences between soy in its whole, raw and fermented form, and the processed and potentially genetically modified forms,” says naturopath Amelia Batchelor.

Tofu, tempeh, tamari and soy milk contain less processed soy, which is in its phytoestrogenic form.

Benefits of phytoestrogens are believed to include a decreased risk of cancer and an improvement to reproductive and heart health.

Highly processed types of soy include soy lecithin (an emulsifier often used in chocolate and baked goods) and soy protein isolate (added to a wide variety of products including bread, cereals and baby formula).

“The healthy components of the soy are removed during processing, therefore potentially lessening the overall health effects one would normally expect from consuming soy in its more raw and fermented form,” says Amelia.

With the prevalence of soy in processed foods, many of us are regularly ingesting soy.

But should we be concerned as to what that is doing to our health?

According to dietitian and chef Ebony McCorkell, not necessarily.

“There isn’t really any research to quantify how much soy consumption has increased in Australia, so it’s hard to say whether there has been a meaningful impact on our diets – however there is nothing to indicate there are any soy-related health problems,” says Ebony.

However Amelia says it’s likely that negative health effects are occurring from the increase of soy fillers, with a concern being the increase in genetically modified (GM) soy.

Much debate has surrounded whether GM soy is safe or dangerous, and opinions still vary.

“There are concerns that GM foods may be linked to an array of negative health conditions, so going GM-free is best, or organic where possible,” recommends Amelia.

But Ebony has a different view.

“All available research suggests GM soybeans are as safe as the non-GM soybeans they come from,” says Ebony.

Isoflavones, also known as phytoestrogens, are commonly found in soy.

They’ve been linked to an increased risk of breast cancer, yet both Ebony and Amelia believe this is false.

“In fact it has been found that increased ingestion of isoflavones correlates with a reduction of breast cancer recurrence,” says Amelia.

That’s because the isoflavones exhibit a weaker oestrogenic effect, which promotes many health benefits in reproductive health.

In Asia, where soy is a staple, women who eat the most soy are the least likely to get breast cancer, says Ebony.

“Although this benefit only seems to exist if they consume soy in their younger years while their breast tissue is developing,” she says. 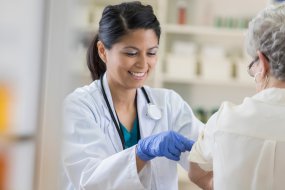 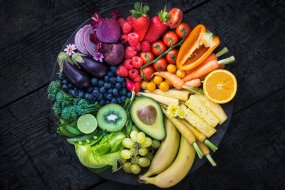 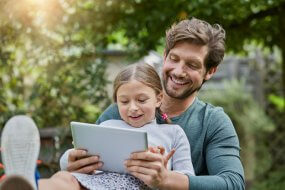