The resurgence of ancient grains

Ancient grains are back – or did they ever really leave? One thing is for sure – with a greater interest in gut health, people are looking to the past for healthy food options.

You may have spotted some of these on the supermarket shelves, while others can be found in health food stores or international grocers.

But what are ancient grains, why is there a renewed curiosity in them and which should you try?

What are ancient grains?

While the name confusingly suggests they are solely grains, the term “ancient grains” is used to describe plants that have been cultivated in the same way for centuries and haven’t changed substantially over time.

Wheat varieties such as freekeh, bulgur, farro and spelt, grains such as teff, millet, barley and sorghum, and pseudocereals including chia, quinoa and buckwheat all fall into the ancient grains category.

Why are ancient grains popular?

The resurgence of ancient grains can be attributed to an increased awareness of nutrition as well as a prevalence of food allergies, explains naturopath and nutritionist Ange Sinclair.

“Ancient grains do not need the same amount of pesticides and herbicides to yield decent crops,” says Ange.

“Most people who have some gluten sensitivity find that they can tolerate ancient grains better.”

“People are interested in ways of eating that are more attuned with our evolutionary heritage, after beginning to see the negative impact of diets based on ultra-processed and packaged convenience foods,” she says.

The health benefits of ancient grains

As the plants within this category are so diverse, there are health benefits specific to each.

What they have in common is that they are generally a more nutritious option than modern refined sources.

Which ancient grains should be on the menu?

Less processed varieties are always a better choice than more refined ancient grains, and opt for the whole form is advised.

“Smaller grains like quinoa and millet are quick cooking and can be incorporated into baked goods by substituting a small portion of the flour for the cooked grain,” says Lulu.

“Bigger varieties such as barley and farro offer a satisfyingly chewy texture that takes a bit longer to cook but adds interest to stews or pilafs.”

Which ancient grains are best for people sensitive to gluten?

Quinoa is an excellent gluten-free source of protein.

“I just love quinoa because it’s so tasty, quick and easy to make and high in nutrients,” says Lulu.

Teff, amaranth, millet and buckwheat (which is a seed) are other great options.

“For people who have gluten sensitivity, they usually tolerate the ancient grains better in terms of digesting them,” says Ange.

“For everyone else, they should eat as many varieties of grains to give their gut microbiota the prebiotic diversity they need to thrive.”

Teff is a grass native to Ethiopia and Eritrea, and it’s used to make injera, a sourdough-risen flatbread.

“I do love teff as it is dense and has a crunchy nutty flavour,” says Ange.

“Its nutritional profile is great as well – it is high in protein, iron and calcium, so it’s a great addition to our pantry.

“Millet is another one I think is a great choice nutritionally,” she says. “It is high in fibre, has a great vitamin profile and is a low allergy grain so it can be a good choice for people that have allergy issues.” 8 reasons you are hungry all the time 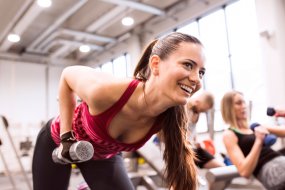 Why your exercise goals may need a rethink 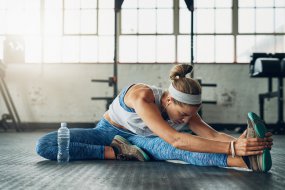 5 ways to get more out of your workout