Is that protein ball really as nutrition-packed as it seems? Experts unpack the foods that aren’t always as healthy as we are led to believe.

We are inundated with foods claiming to be healthy, which can make it hard to distinguish the genuine article from those just wearing the right kind packaging.

Dietitians reveal the not-so-nutritious foods that may be masquerading as health foods.

For some “gluten-free” has become synonymous with “healthy”.

Shift Nutrition dietitian Skye Swaney says while these foods are a better option for those with coeliac disease or a gluten intolerance, they’re generally not for the rest of us.

“Just because a cake or biscuit is gluten-free, it doesn’t make it any healthier. It just means that it’s made with a gluten-free flour, which isn’t necessarily any more nutritious than wheat flour,” she says.

They’re made of vegetables so they have to be healthy, right?

“Vegetable chips have a health halo on them because they’re marketed as ‘natural’ or ‘vegan’ – but these actually apply to most brands of potato chips too,” says dietitian and nutritionist Joyce Haddad.

“So there really is not that much of a difference between the two, especially when it comes to calories, carbs and fats,” says Joyce.

“Muesli bars can be high in added sugars and can also contain a significant amount of dried fruit which is a concentrated source of sugar,” says Skye.

“They can also be relatively low in fibre, and have a high saturated fat content, particularly if they are coated in chocolate or yoghurt!”

A small handful of unsalted nuts or seeds and a piece of fruit is generally a healthier snack when you’re after something quick and easy, she says.

“(They) usually contain the same amount of calories, sugar and fat. The difference is that raw desserts use syrups or dates and more nut-based ingredients and coconut (or other) oils, as opposed to table sugar and butter,” she says.

“As a whole, when eating a raw dessert, it is still classified as a discretionary choice, meaning it does not contribute any nutritional benefit to a healthy diet.”

Often served up as a healthy snack option, protein balls aren’t necessarily as virtuous as you think they are – and it all comes down to the ingredients.

“(Protein balls) are often made of predominantly very sweet dried fruits, which are high in sugar, such as dates,” says Skye.

“They can also contain protein powders which offer few nutritious ingredients and often contain a lot of highly processed ingredients such as artificial sweeteners.” 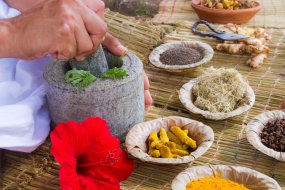 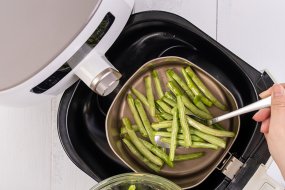 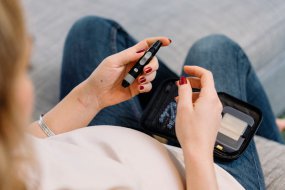 Everything you need to know about gestational diabetes 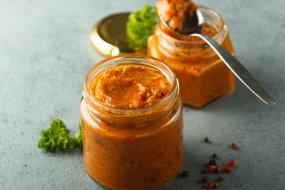