What you need to know about the flu vaccine in 2019

After one of the worst summer flu season in years, Australians are being warned not to be complacent about vaccinations and hygiene as we head into autumn and winter.

Influenza or “the flu” is estimated to put more than 18,000 people in hospital each year, with the elderly and children under five most at risk.

What’s the difference between cold and flu?

While both are caused by viruses, the common cold will leave you with congestion, a runny nose, red eyes, and mild aches and pains and usually only last four or five days.

The flu is a highly contagious disease leading to complications that kill more Australians each year than road accidents.

Common symptoms and effects of the flu include:

Children may also get diarrhoea and vomiting.

Having the flu shot remains the most effective way to avoid the illness, and last year the number of overall influenza cases was the lowest since 2013.

Health Minister Greg Hunt says this was helped by a record 11 million Australians being vaccinated – a third more than during the previous flu season.

He described the disease as “complex and unpredictable”, comments echoed by TV presenter Dr Andrew Rochford, who is an advocate of “protect and prevent”.

“You really don’t know how bad influenza is until you’ve experienced it,” says the TV host.

“So while the vulnerable members of society should definitely get a flu shot, I’d recommend it for everybody because you’re protecting not only yourself but those around you.”

The science behind flu vaccinations

A lot of work goes into preparing the flu vaccine each year.

Months before the start of flu season, Australia’s influenza specialists look at how the virus has affected people on the other side of the world during the northern hemisphere winter.

Using that information, along with the expertise of the World Health Organisation, our flu vaccine is then prepared.

The vaccine alters each year because the strains of flu virus that cause the illness change and the inoculation is developed to offer the best possible protection against these.

This year’s shot contains four strains, based on WHO and Australian Influenza Committee recommendations.

Immunisation against influenza can take up to two to three weeks to take effect.

Do I need a flu vaccination?

The Department of Health recommends these groups in particular should get a flu shot:

Flu injections are free in Australia for those in high-risk groups.

Where to get a flu vaccination

Chemist Warehouse will again offering Australians an easy and convenient way to protect themselves against flu this year, by launching in-pharmacy flu immunisation clinics in more than 230 stores nation-wide.

Qualified doctors, nurse practitioners and pharmacist immunisers will be administering the vaccine to patients for $12.99.

The process is convenient, quick, affordable and accessible.

Bookings can be made via an easy-to-use online booking system, which is now live, with appointments available from March 18, 2019, to May 24, 2019.

“The flu is highly contagious and can cause severe illness and life-threatening complications and the annual flu vaccination is the most important step in preventing influenza ahead of flu season,” says Mario Tascone, Director of Chemist Warehouse Retail and pharmacist.

“As The House of Wellness, we are committed to educating Australians on the importance of being prepared and encouraging them to be vaccinated to protect not only themselves but those around them and the wider community.”

How to help stop the spread of flu

While vaccination remains the most effective way to avoid catching and spreading the flu, some common precautions will also help:

“Maintaining a healthy immune system through a healthy diet and staying hydrated are also so important, along with those simple things like washing your hands,” Dr Andrew says.

“We touch a lot of things and we shake other people’s hands and kids pick up toys.

“The virus lives on those things for a period of time and then transfers through our eyes or nose or mouth as we touch or rub them, so always wash your hands, and encourage kids to do the same.”

Contact your local Chemist Warehouse store about getting a flu vaccine. 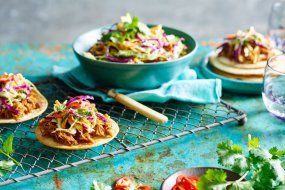 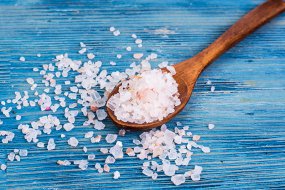 Should I be taking magnesium powder? 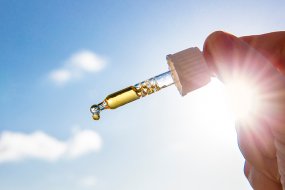 Building up your ‘bone bank’ with Vitamin D How to get the super-shiny glass hair bob 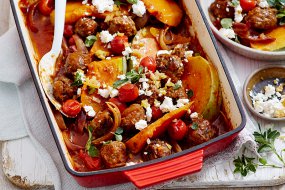