BEAUTY  /  Face and Body  /  Are you using sunscreen correctly? Are you using sunscreen correctly?

Sun protection is a must in summer but we’re often not using it as we should. Here’s how to ensure you’re protecting yourself in the best way possible.

Living in a country with one of the highest rates of skin cancer in the world, we know it’s essential to use sunscreen whenever we head out into the sun, yet many of us still aren’t getting it right.

Dermatologist Professor Johannes Kern from the Melbourne Skin Clinic explains how to maximise protection from the sun’s rays.

Which one to use is a personal choice, but the recommendation is using a minimum SPF 30.

Opt for a sunscreen you like the consistency of as you’re more likely to use it.

“Be mindful though, the greasier and stickier (sunscreen is), technically the better they work,” Professor Kern says.

“Because it’s thicker, you’re going to get more on and form that (protective) film (on the skin) more efficiently.”

There are a variety of sunscreens available now such as gels or sprays, however a cream is more likely to be distributed evenly on the skin.

It also makes it easier to measure exactly how much sunscreen you’re applying. How to apply sunscreen

It’s important to apply sunscreen 10-20 minutes before you go out in the sun.

“That’s so that the sunscreen can form a proper film on your skin, because it takes a little while to distribute effectively. If you were to apply it and then go out immediately, you don’t have immediate protection,” Professor Kern says.

When it comes to how much sunscreen we should be using, Professor Kern says to aim for seven teaspoons for the entire body.

It’s recommended you re-apply every two hours, and more frequently if you’ve been sweating or in the water.

If you’ve applied enough sunscreen correctly, you can stay out in the sun longer, but it won’t prevent sunburn.

“If you stay out long enough, you’ll get sunburned,” Professor Kern says.

If you’re going to be out in the sun, along with wearing sunscreen, it’s still important to wear protective clothing, a hat and sunglasses, and seek shade where possible. “The Therapeutic Goods Administration, the Australian authority that monitors all medical products (did a) big review of sunscreens a couple of years ago, and found there’s no evidence for sunscreens causing any harm,” Professor Kern says.

If you’re still concerned, Professor Kern recommends using a non-nano particle inorganic sunscreen that sits on the skin as opposed to being absorbed into the body. How to colour your hair without nasty chemicals The beauty and health-boosting power of a shower 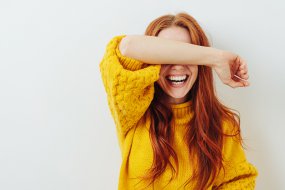 Why red hair is so on trend right now 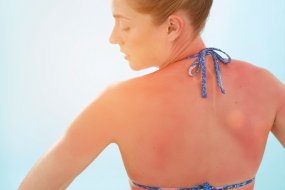 What to do if you get sunburnt 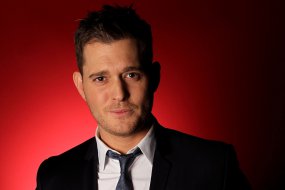 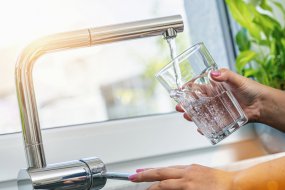 Why fluoride is the ‘miracle’ mineral your teeth need